Finding one small blessing each day. 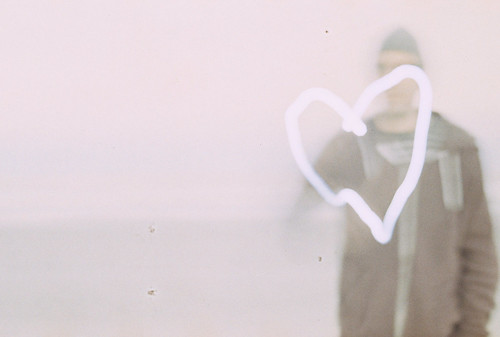 Hi friends. So sorry it has been so long since I’ve posted. It’s been a crazy weekend. We traveled out of state for a family graduation and everyone came down with food poisoning… uggghhh. May I never experience three people sick to their stomachs in one vehicle ever again. 🙂

So today’s blessing comes from someone unknown. I of course still read Ronan’s mom’s blog, and today she posted a letter she had received from someone. I wish I could post it here, but I sincerely hope you will take the time to go read it. Here is the link: http://rockstarronan.com/2011/06/01/the-signs-and-the-stranger/. (If you click right after the period in the link, it MIGHT work. If not, please copy and paste it into a new browser window).

This stranger writes of a unique thought on the afterlife, but her message has haunted me all day. (For the ease of writing this blog, I’m going to refer to the writer as a she, although it very well could be a he).

Her message is that when we transition over to the other side, it’s not just some random place out there. It’s here, right here, within us. The writer talks about how whenever Maya (Ronan’s mom) has a coincidence, or a meeting with a stranger that resonates, or a song on the radio that strikes her, it’s a message from her boy. I absolutely believe this is a beautiful take on what could be. And why couldn’t it? I talk about signs all the time, and how this moment or that moment was a message from my grandmother. (See my post here: https://hiddenblessing.wordpress.com/2011/04/18/the-gift-of-a-visit/). I know that when I need her, she’s there. I can talk with her, call upon her, listen for her. The best is when she surprises me with a smell, or our song, or a dream.

This stranger’s post genuinely is worthy of introspection. Think about what she is saying. People are never lost to us, not really. It may not be as easy as when they are here, but when there is love, it is never lost. No days, years or miles can change that.

Peace and hugs to you tonight.

My grandmother’s birthday is in two days. Three years ago in June when she passed away, my family almost literally didn’t know how to imagine a future without her. She was absolutely the glue that bound our family, the focal point of holidays and gatherings, and the inspiration behind so much of what makes each of us who we are.

I am a huge believer in visits from the afterlife. This comes from a lot of things, but primarily from my own experiences both with family members as well as having lived for a time in a house that was “haunted”. I say that in quotations because it wasn’t a spooky, dark, creaky house… it was a home full of love and light and laughter… and an extra guest or two.

Back to my beautiful grandmother. I have seen her a few times since she’s died, but not more than a handful of times. Typically I find her in public places… the woman in front of me at the department store, the woman getting gas at the pump two down from me. I usually smile and thank her quietly in my head, and go about my day, thankful for the quick reminder from heaventhat she still exists.

Tonight, I met my husband and children at a mexican restaurant that sells 99 cent tacos on Monday nights. I arrived first, with Little One in tow. We were seated at a table, and I got him into his high chair, tearing open the first of many packs of Saltines that he would crumble and hopefully not toss on the floor. Seated diagonally from me was a group of women, who my grandma would have called “The Girls”. That was my very first thought upon seeing them; oh, look, it’s the girls! I smiled and turned to watch the door for E, B and my husband.

“Oh, look at that boy!” I heard one of them exclaim. I turned back to the women and smiled down at Little One as he began his happy flirting routine with them. Grin, drool, lean his head shyly down, and then shake his head No!. Then start it all over again as they “aww” and laugh at him. It was then that I noticed HER. She sat with her back mostly to me, but she just radiated what my grandma had…. she resembled her physically, her smile was the same, she wore her glasses the same. She animatedly began to tell a story to her friend, who looked suspiciously like my grandmother’s best friend. That woman, too, had her back to me.

I watched them as the others turned back to their meal and resumed their dinner. It made me smile, this woman with such a resemblance to my grandma. I decided to take out my phone and take a picture of Little One, and hopefully catch them in the background, so I could tell my family about this later. I was flipping the flash on the camera to “off” when I heard it.

“You know Kristy? Kim’s daughter?” She had asked her friend, loud enough that I could hear.

I nearly fell out of my chair. My name is not Kristy, but it’s so crazy close to Kristy that it’s unbelievable. And I am Kim’s daughter. And I have zero doubt that my grandma was making sure that I knew that it was her tonight, visiting me. Checking in. Letting me know that she’s around, and aware that I’ve been thinking of her lately.

I am so happy for that visit. What a lucky girl I am. Love you, Grammy.

Goodnight, my friends! BELIEVE, and have hope tonight.